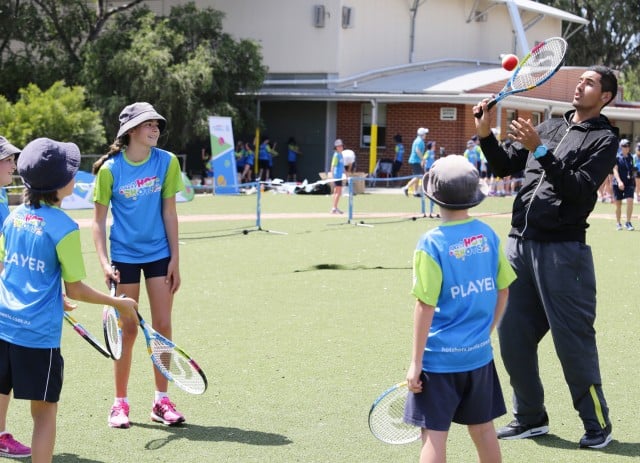 My opinion of Nick Kyrgios has changed over the last few days, I have gone from wow this guy is really bad for tennis to WOW this guy is a game changer.

In full disclosure I am a professional tennis coach who has had a student play Nick a few years back at an Australian National junior event. I was impressed with Nick`s arrogance, don`t get me wrong it has been his arrogance that has got him this far. It will take humility to really make him one of Australia`s all-time greats.

I read about his really bad sledge directed towards Stan Wawrinka at the Rogers Cup in Canada on the 13th August 2015.

This blog is not about that sledge or the fact he said “I don`t want to be here” in Darwin during the World Group Davis Cup quarter final.

I want to talk about the decline in Australian tennis over the last five to ten years.

And the fact that Nick Kyrgios is really, important for the future of Australian tennis.

When you realise that this game talk has disappeared from our daily conversation and that other sports have over taken game in all forms of media, do you realise that tennis participation is directly related to media coverage.

Even though the Australian Open is the largest broadcasted sporting event each year generating a record 703,899 fan attendance in 2015. Media coverage only lasted weeks not months.

What do we have tennis wise to populate all media today?

It would be great to talk about them making Grand Slam finals or the fight they show in representing Australia in Davis Cup. But sadly we cannot, not yet anyway.

The old adage that there is no such thing as bad publicity is what could kick start Australian tennis.

Tennis is back in our National conversation, we are talking about it.

I hope and pray that Nick starts to be the role model that will make him not only lots of money but more importantly that he can inspire the next generation just like Rod Laver, Lew Hoad, Roy Emerson, Tony Roach, John Newcombe, Pat Cash, Wally Masur, John Fitzgerald, The Woodies, Lleyton Hewitt, Pat Rafter and the many more that came before them.

Nick is between a rock and a hard place, save Australian tennis or fulfil his destiny.My two cents worth is for Nick to focus on playing tennis and become the best he can be and let Australian tennis`s future take care of itself, because at the end of the day a humble Nick Kyrgios will win more than he losers and Australian tennis will be better for it.